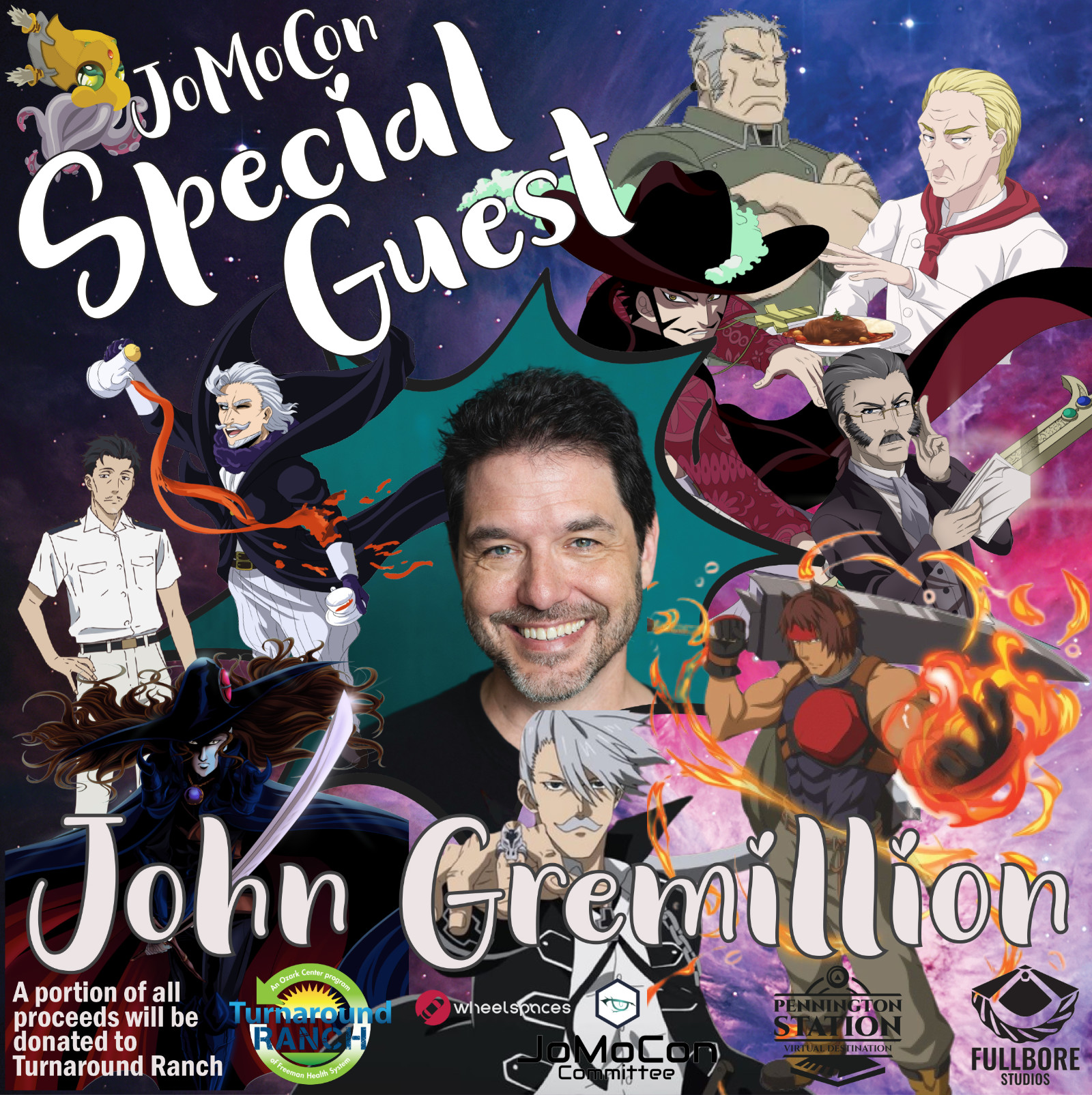 John Gremillion is a Houston based voice-actor who has been performing in anime since the late 1990s. His talents can be heard in such iconic characters as Dracule Mihawk of One Piece, and D in Vampire Hunter D. His credits also include roles in Ouran High School Host Club, Full Metal Alchemist: Brotherhood, Food Wars!, and My Hero Academia. 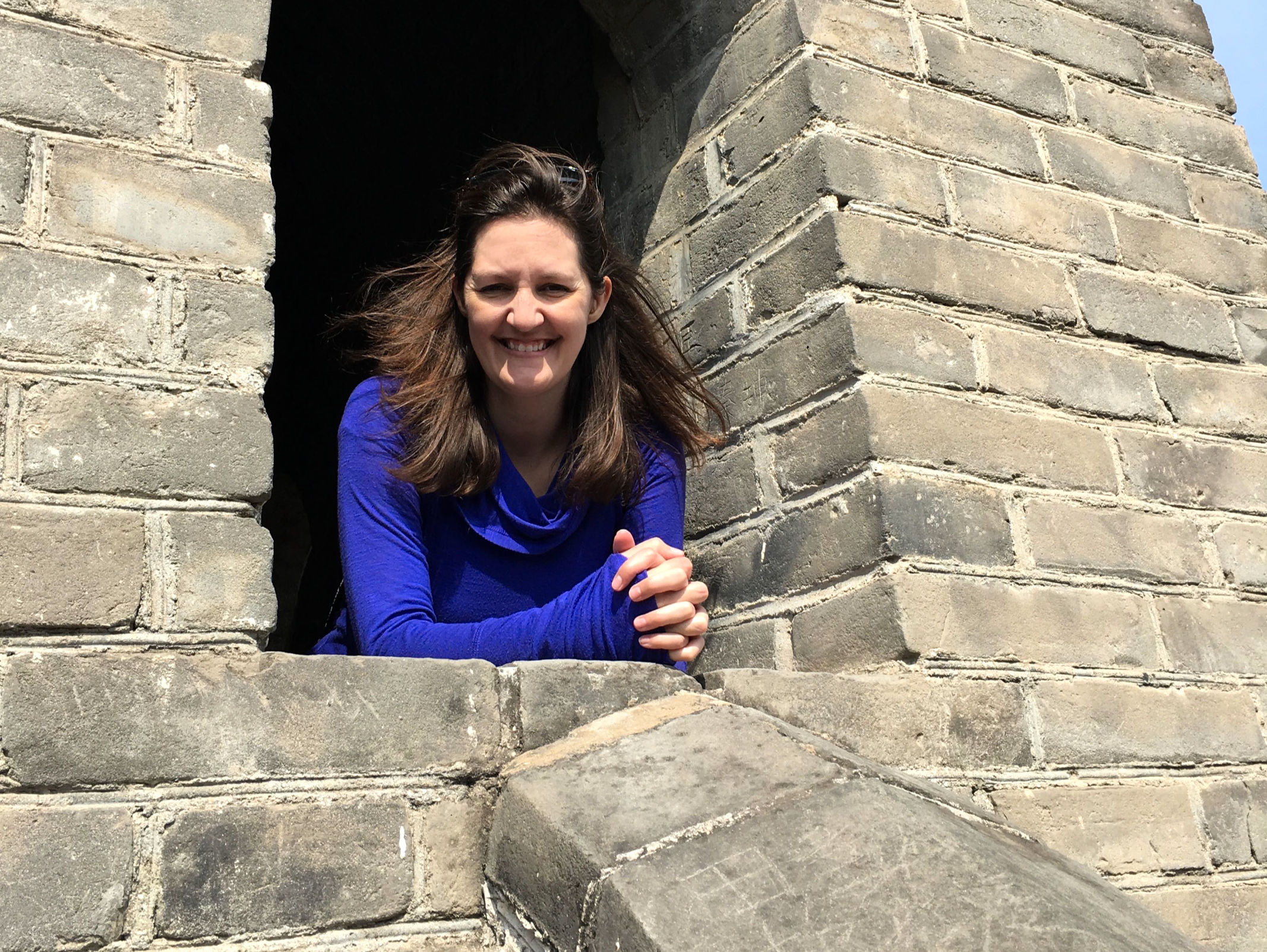 Kimberly Loth is an author who has written numerous young adult fantasy and paranormal stories. She has done her share of traveling around the country, as well as to locations as distant as Cairo, Egypt. Her book series include: Sons of the Sand, Stella and Sol, The Thorn Chronicles, and the Amazon best-selling series The Dragon Kings.

Changing Hands Book Shoppe is hosting an M:TG New Capenna Booster Draft tournament. Prize packs will be included in the $20 signup fee. Proceeds from the tournament will go to our sponsored charity, Ozark Center Turnaround Ranch. Register for the tournament at Changing Hands.

The Joplin Board Games Group can usually be found at Bookhouse Cinema, welcoming everyone to play their wide selection of games. For JoMoCon they will be hosting board game sessions in the CCC Youth Ministry Building. You can sign up for a specific game session or just drop by and try out one of the huge selection, including: Castle Panic, Lanterns, Love Letter, Even Steven Odd, Qwirkle, Catan, Labyrinth, Apples to Apples, Exploding Kittens, Mars Attacks, Spot It, Flux, Zombie Dice, Uno, Code Names, Tsuoro, Robo Rally, Guillotine, Grimm Forest, Trogdar, Red Dragon Inn, Gloom, Pandemic, Flash Point, Down Force, Ticket to Ride, King of Tokyo, Dixit, and Camel Up!

We will have a variety of discussion, presentation, and demonstration based panels in the CCC Sanctuary throughout the day.

There is anime out there for every topic and age group imaginable; and for parents, that's sometimes the problem. Join Dawn and Sarah, who are both anime fans and loving mothers, while they provide some tips, tricks and recommendations for the parents of kids who love Japanese animation and the culture that comes with it.

The Riffing: The Humanoid

The late 80s were the golden age of OVAs...but this one is not exactly worth its weight in gold. "The Humanoid" is an anime movie from 1986 featuring world destroying spaceships, power hungry governors, android women, strong coffee, and weak plot development. Your hosts, Jason and Justin, will take you through this cinematic guantlet while doing their best to ease the pain with unproductive commentary and ironic narration.

To the lovers of page-turning tales, this one is for you. We'll be sitting down with Kimberly Loth, an author of numerous young adult fantasy novels, including the Amazon best selling series The Dragon Kings. Kimberly will share a bit about where she came from, her experiences as an author, and her journeys as a world traveller. She may even have some insight for all you aspiring story tellers out there. So settle in and enjoy!

If you've never met the Dream Theater Co., then it's high time you did. This talented acting troupe will be taking over our stage to give you the chance to learn what they're all about, including the highlights of their upcoming performances. Best of all, they'll be entertaining you with stories from one of their specialties: community ghost tours. Come for the thespians, and stay for the poltergeists.

Join us for an in-depth conversation with longtime voice actor, John Gremillion. John has worked in anime dubbing since the 1990s. He has provided the voice for many iconic characters, such as Dracule Mihawn of One Piece, Gentle Criminal in My Hero Academia, and D in Vampire Hunter D. We'll talk about John's entry into the world of anime, his experiences as a voice talent, and who he is beyond the recording booth. For the final fifteen minutes, you get to ask the questions!

Nathan Honeycutt: The Kids of Turn Around Ranch

Children's mental and behavioral health are becoming increasingly urgent issues in America. So, take some time to learn more about the organization that our convention is supporting and what it is they do for kids in our community. The Turn Around Ranch is a local transitional facility for adolescents who are having to cope with emotional or psychological concerns. Nathan Honeycutt is the director of the facility and will be telling us more about the kids that they serve and the impact of the Turn Around Ranch.

For our last panel, we are calling on any and all cosplaying attendees! Come strut across our stage and show the audience the character that you chose to take on for the convention. Our pageant is a casual, for-fun version of the the usual contest and it is for anyone of any age that comes to JoMoCon in cosplay. Whether you're a seasoned professional, or you just made your first ever cospaly to wear, you deserve to be seen and have fun doing it! If you don't come dressed up, then come grab a seat and cheer on your favorite cosplay. You may even get to help pick a few participants to win a prize. Cosplaying attendees of all ages may sign up, for free, in Pennington Station after the convention starts. The pageant will take place later that afternoon in the CCC Sanctuary, and we’ll even have a few “people’s choice” awards!

A Call From the Future

It has been discovered that JoMoCon seems to share a mysterious link to the future of humanity. In this narrative game for attendees, you will unlock the secret to stopping a future catastrophe by finding key points around the convention and scanning them to reveal clues. Save the future and you may yet be rewarded!

JoMoCon is happy to present selected episodes from several popular anime series! All episode will be presented with English dubbing. Join us for a few episodes of an old favorite or to check out something new!

A school trouble maker should only have to worry about skipping class and winning fights. But Yusuke Urameshi now has to deal with spirits and demons as well. After a temporary "post death" experience, Yusuke has become the next Spirit Detective who works for the authorities of the afterlife. With the help his class rival and two beings of the demon realm, he must fight for humanity's spiritual safety.
Episodes include ep14: The Beasts of Maze Castle, ep15: Genbu, the Stone Beast, ep16: Byakko, the White Tiger, ep17: Byakko's Lair.

After tragedy befalls her family, Tooru Honda finds herself abandoned and living in a tent on the estate of the prominent Souma family. Luckily they welcome her into their home. However, Tooru soon finds out the Souma family comically awkward secret: when hugged by someone of the opposite gender, their family members turn into the animals of the Chinese Zodiac!
Episodes include ep1: See You After School, ep2: They're All Animals, ep3: Let's Play Rich Man-Poor Man!, ep4: What Year is She?

Spike Spencer and his partner, Jet Black, are a couple of "space cowboys"; otherwise known as bounty hunters. They hop from planet to planet chasing wanted criminals just trying to keep fuel in their ship and beef in their pepper stir fry. But being a bounty hunter is hard enough without having to deal with a host of odd characters, not to mention run ins with a galactic mafia known as the Syndicate. On top of that, Spike has to deal with his past that he has managed to keep hidden even from Jet.
Episodes include ep2: Stray Dog Strut, ep5: Ballad of Fallen Angels, ep17: Mushroom Samba, ep19: Wild Horses.

Kakushi Gotou is a single father and manga author who is famous for the adult content of his work. He believes that if his daughter, Hime, were to find out about the nature of his work it might scar her for life. So, no measure is too extreme or ridiculous to keep her from finding out!
Episodes includes ep1: Secrets/Wishes, ep2: Beach Sandals and B4/Don't Place, Don't Draw, Don't Finish Up, ep3: Makeshift Circus/The True State of Manga and Muscles